Around the World: WheelsOnRoadHoles - Part 5

Vancouver and the Sea-to-Sky Highway

Cities cause for me as much anticipation as dread during this journey. Anticipation, as it is the occasion to discover something new, be it cultural, architectural … and is an opportunity to taste a wide offering of cuisine. Dread, as the road to get there often leads you through interstates and crowded traffic, which is very exhausting with a 125 cc motorcycle. And don’t even get me started on the parking spaces! Vancouver is the perfect example. 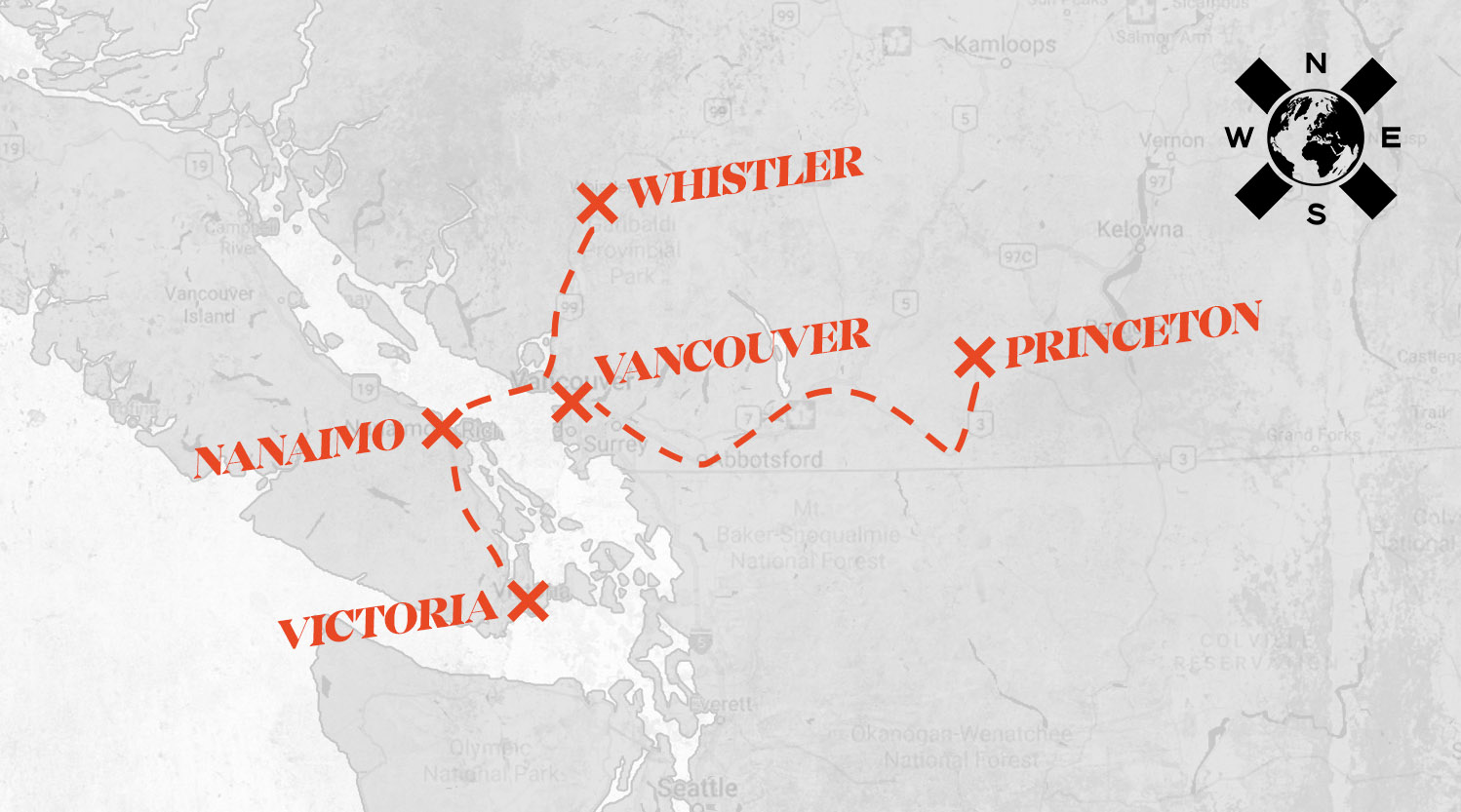 The interstate to get there is a huge maze, and once we´re in town, finding a free parking place is close to mission impossible. It is such that we ended up parking Chaton and Titine in a small, dark back alley, where I constantly feared not finding them there anymore the next morning. 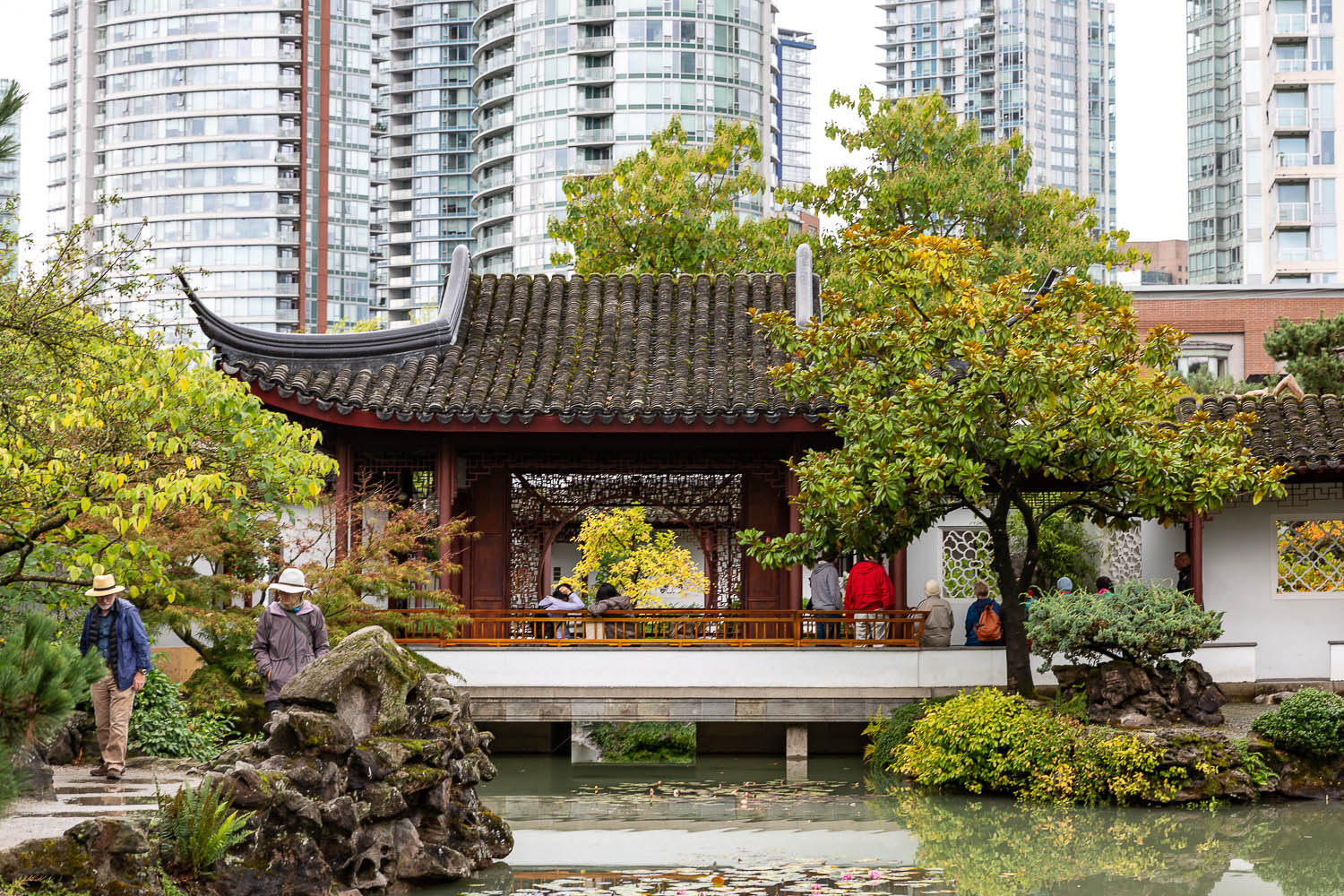 Vancouver was also a unique occasion to visit some attractions I was very much looking forward to: Grandville Island and its famous market, Gastown with its puffing clock which whistles every hour, the Dr. Sun Yat-Sen Chinese Garden, the UBC Anthropology Museum with its many North-American totems, driving through Stanley Park… We also sampled some delicious food, both North-American and from the rest of the world: Grandville Island food market, Medina Café and Denman Street. Vancouver was also the opportunity to rest for some days, taking a well-deserved break from our constant riding and exploring the city by foot.

After the Icefields Parkway, the Sea-to-Sky Highway definitely ranks as the second most beautiful ride we’ve had.

But we’re pulled back to our bikes to go and take a day ride along the famous Sea-to-Sky Highway, from Vancouver to Whistler. As its name states, the Sea-to-Sky Highway first follows the coastline, offering gorgeous panoramic views over the Pacific, dotted with small, conifer covered islands. From Squamish onwards, we drive up to the skies, through the mountains, all the way up to Whistler. During our ride back, the sun is setting into the ocean, tinting the skies in purples and blues. After the Icefields Parkway, this definitely ranks as the second most beautiful ride we’ve had.

From Vancouver, we take the ferry over to Vancouver Island. The plan is to spend a few days on the island so that I can show to Papa the Northern part of the island. This includes a stop in quaint Telegraph Cove, maybe a whale watching tour, as well as ride to the other side of the island to discover the surfing paradise of Tofino. After that, we’ll head South to Victoria to take the ferry to Port Angeles and the USA.

But by now, I should know that nothing goes according to plan. We depart on that morning from Vancouver to take the ferry over to Vancouver Island and Nanaimo. While we stop there for some delicious fish and chips on the harbour, we don’t make it much further. Because as we head out of town, the skies shift, and it starts pouring. We stop at a Canadian Institution, Tim Hortons, to assess the situation. And take a look at the weather forecast. The prediction is not encouraging: rain for the complete week.

The problem is that Vancouver Island is one of those places, where you go to, to enjoy the nature and landscapes. So there’s no real point to it if you’re going to be drenched for the complete journey. And just as quickly as that, our plans change. 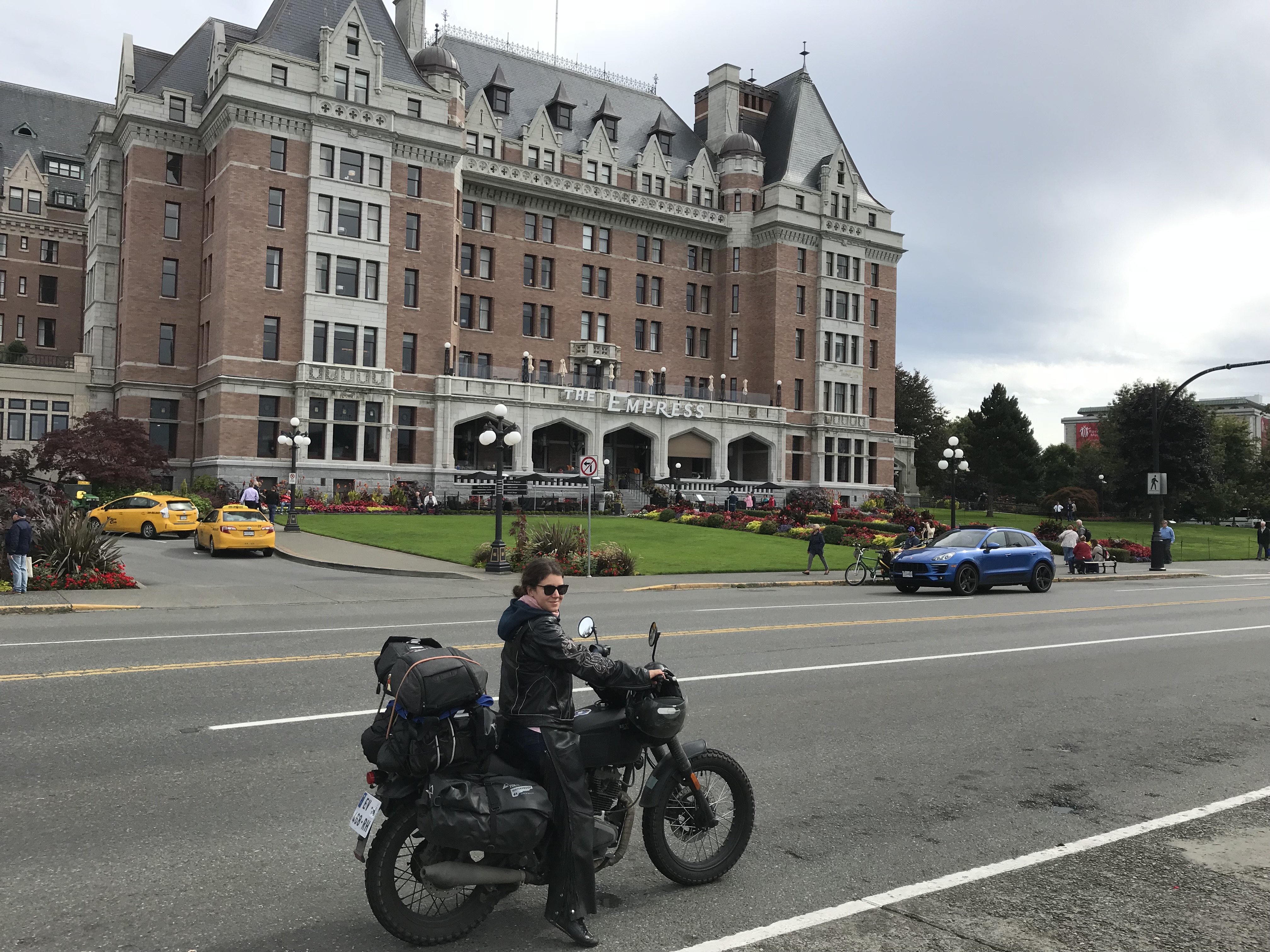 This is a particularity of our Pan-American road trip. As we rarely book things in advance, we can always make last minute changes. This could be to stay longer in some location we’ve just uncovered and like. Or it could be to cut down on part of our journey because we don’t like the location… or, like this time, because the weather is bad. Many people have questioned us before and during our journey: isn’t it stressful not to know where you’ll be spending the night? It is true that we’ve had a few times where things could have turned tricky if we hadn’t had some luck. But the freedom to choose how your day will unfold and how far you’ll go definitely makes up for it. 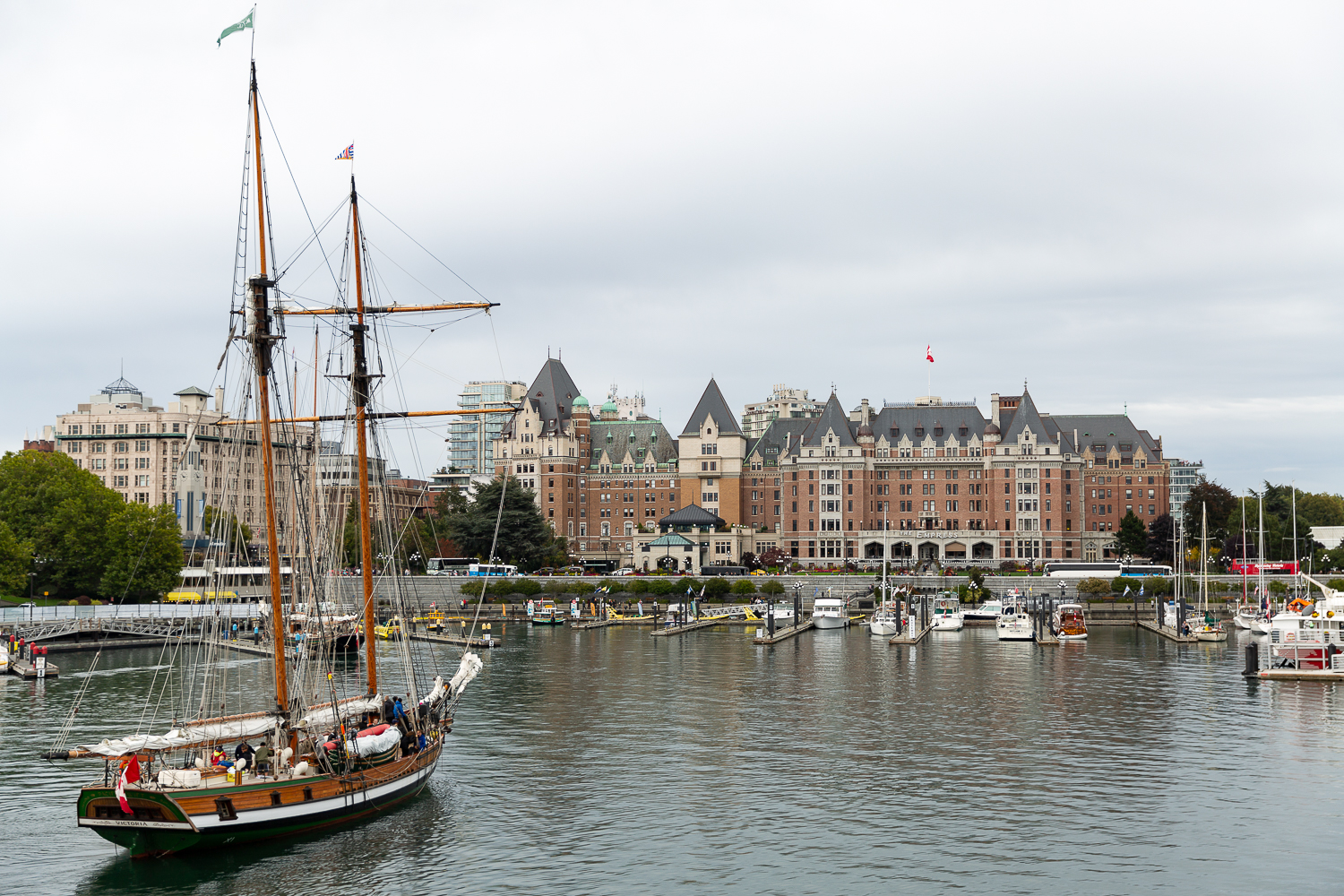 So instead of heading to Telegraph Cove, we head to Victoria. A favourite among many Canadians, Victoria sits right on the waterside, with historic buildings framing the harbour. We explore some parts of the city while waiting for our ferry which will take us to Port Angeles, ending the Canadian part of our journey and leading us back to the US. But as our departure draws closer, a nagging thought fills my mind. Will they let me back across the border for three months? Because I’ve already spent one month in Alaska. And the truth is, we can’t make it in only two months.